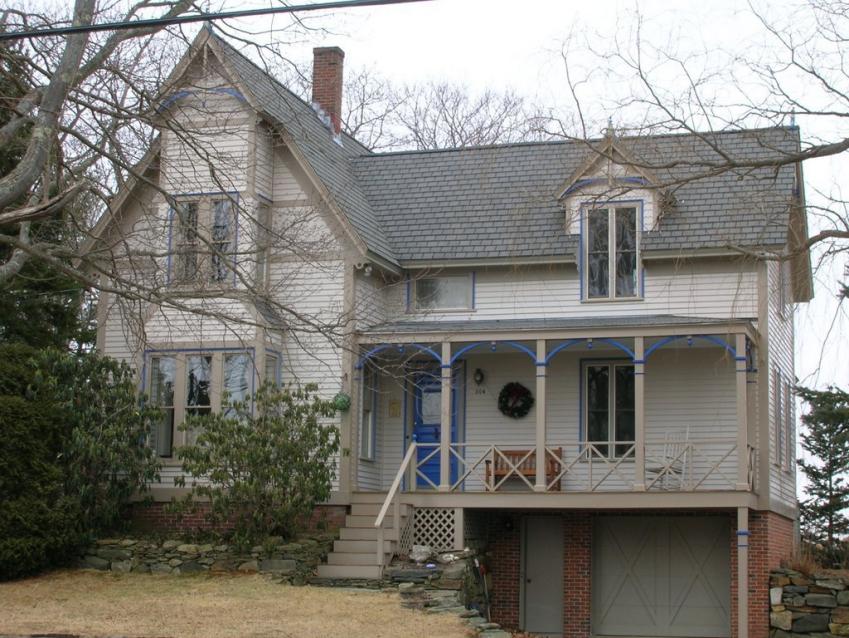 This turn of the century Gothic styled Victorian home had retained much of the original interior in its primary section, but the very unfortunate shed- roofed addition from the mid-20th Century really had spoiled its antique charm. I was commissioned to provide the creative home design that would solve this problem. The new addition with its historically correct form, seamlessly extends the original front entry/stair hall wing and provides a more substantial and beautiful front elevation for the house. This addition is in perfect detail with the original home. The new addition contains three floor levels: the garage, living room, and master suite on the top floor. An open and very decorative front porch extends across the width of this addition. A screen porch and balcony-like roof deck above it extends across the rear of this addition, providing views of the inlet of the Atlantic Ocean where the owner moors their sailboat. An existing rear wing was kept with an all new interior and view windows as well. Original details were discovered or replaced. 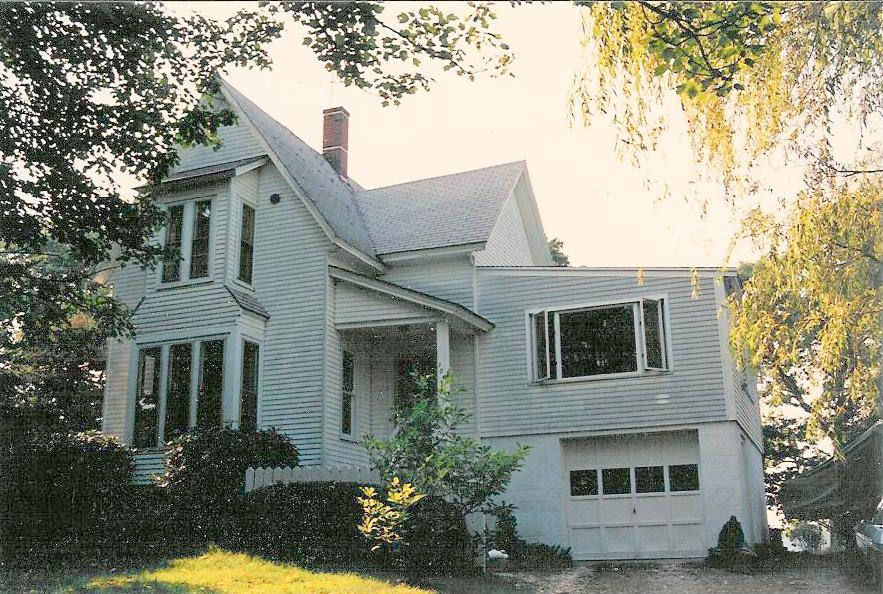 Before photo with the Unfortunate shed-roofed addition at right. 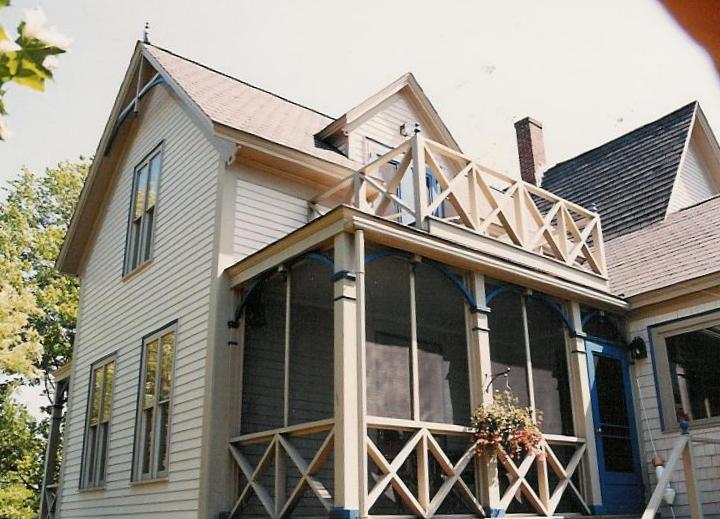 After image of the new addition showing its screen porch and master suite balcony above.
Expansion of Antique Colonial Era Home 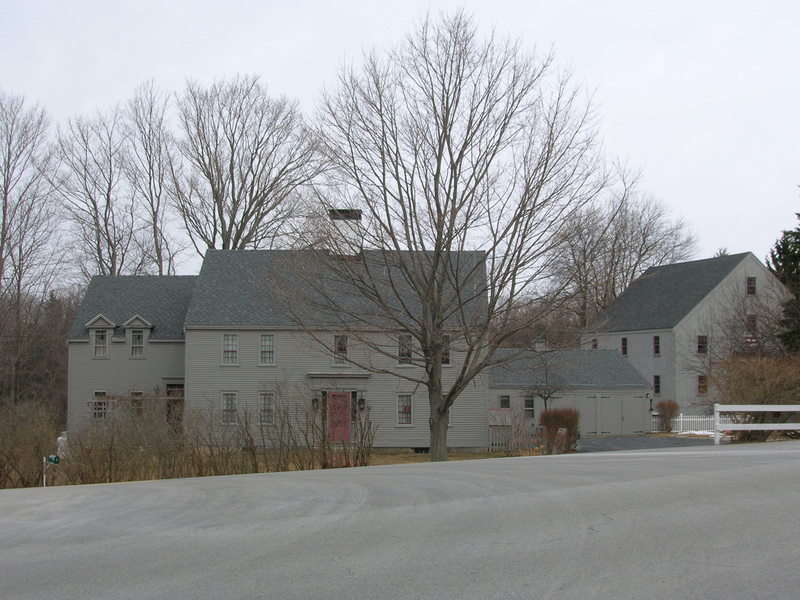 The owners of this early 18th Century colonial home wanted to add a large timber framed barn and also to find a place in the existing house for a new full Master bedroom suite. I created a space in what had been a large unused attic space. New window dormers were added to increase daylight. The original historic building form was preserved and without disturbing the historic features of the interior. The new barn was built according to the extensively detailed construction plans which I drew and it was constructed with all the correct traditional joints. All the timber joinery was done on the site in the 18th Century manner. 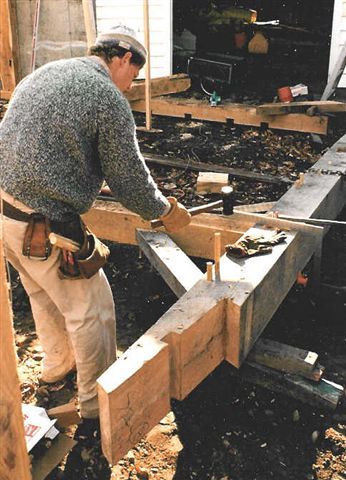 Here Bill is driving in a Trunnel or peg which locks the joints together. At his right is half of a Bladed Scarf Joint, the king of timber frame joinery. 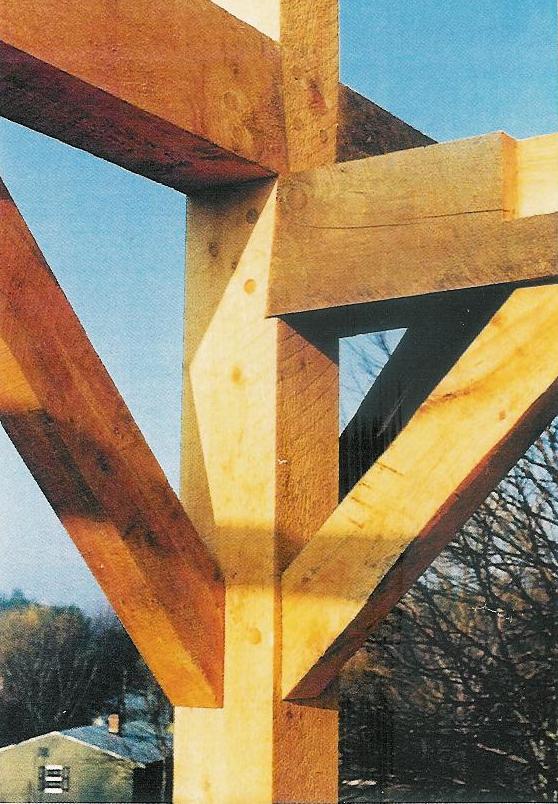 Two beams, One major post, and three wind braces come together in one concentrated structural force. 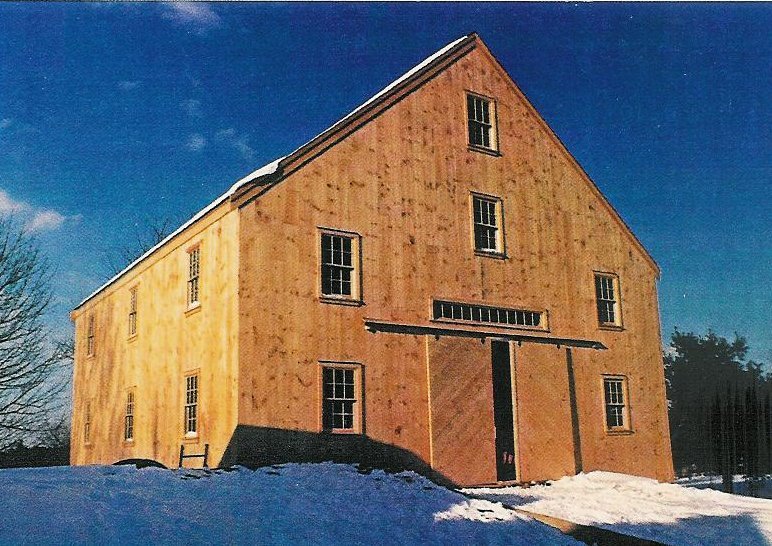 The barn with its sheathing wood of White Pine boards, all new windows and site built doors. 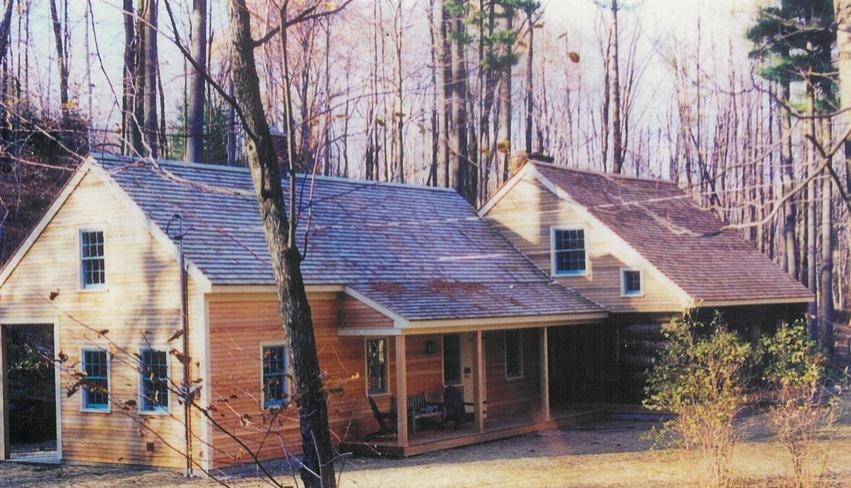 This very early Vermont building was moved and rebuilt in East Rupert in the 1930s. An old Sugar House was added to it later. The kitchen area was almost non-existent and the floor beams were rotting after 60 years of water flowing through the dirt cellar. These were the main subjects of the project as well as doubling the living space. The hewn log building was quite historic, originally built as a safe house by and for the Green Mountain Boys who had organized to protect the early settlers. My plans detailed restoring the floor structure; replacing the foundation, providing a dry basement; the new addition designed to provide a large, livable 19th Century kitchen and a very functional laundry/mud room. The addition was designed with early 19th Century detail. Space for a huge dining table, easy chairs, and a sofa was provided. 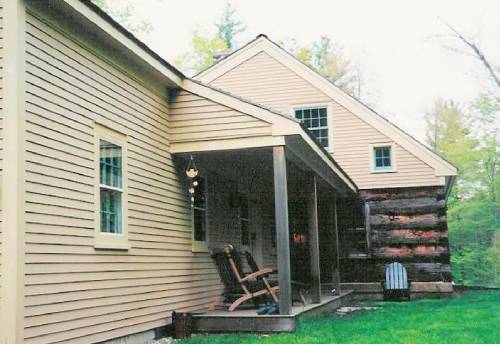 This view, along the front of the new kitchen wing shows one end of the original log house, now darkened with over 200 years of age. 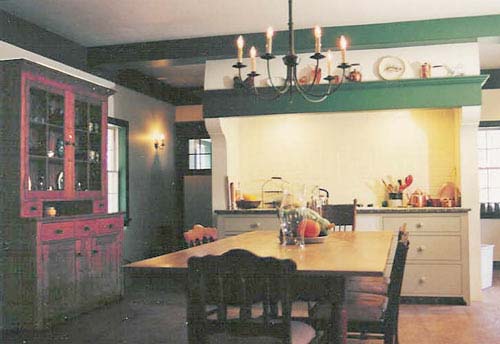 This interior view shows the kitchen hearth with its modern cooking center built in. The kitchen was laid out and detailed as a popular early 19th Century country kitchen. This addition then ties the new addition to the original house by being what would have been built in that time period. 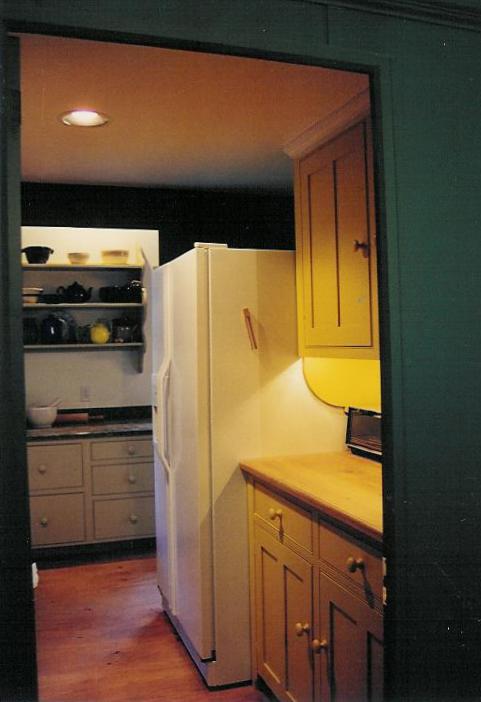 Behind the cooking hearth is this fine period style pantry. The wall not shown here is full of cabinets and shelves for all the kitchen pans and dishes. The pantry also serves to keep the modern refrigerator from spoiling the period appearance of the main room. Beyond the pantry is the baking center with its marble counter top. 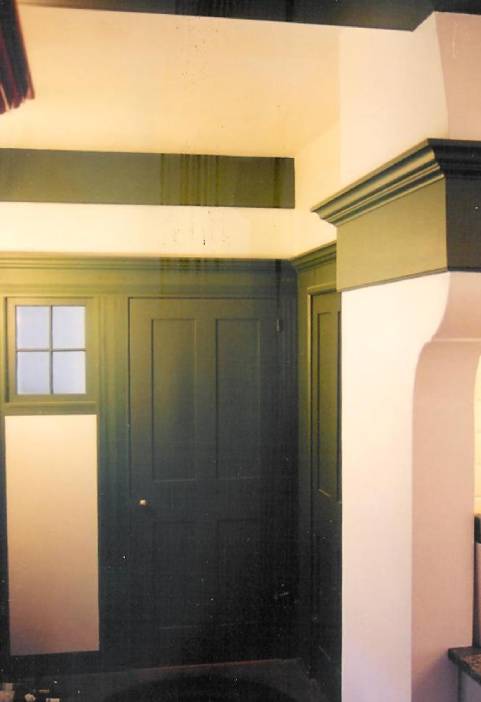 This image shows the small space connecting the main kitchen to the laundry/mud room beyond. At right is the doorway through which the image at the left was taken. Please forgive the streaks in the photo, which are NOT in the actual house.